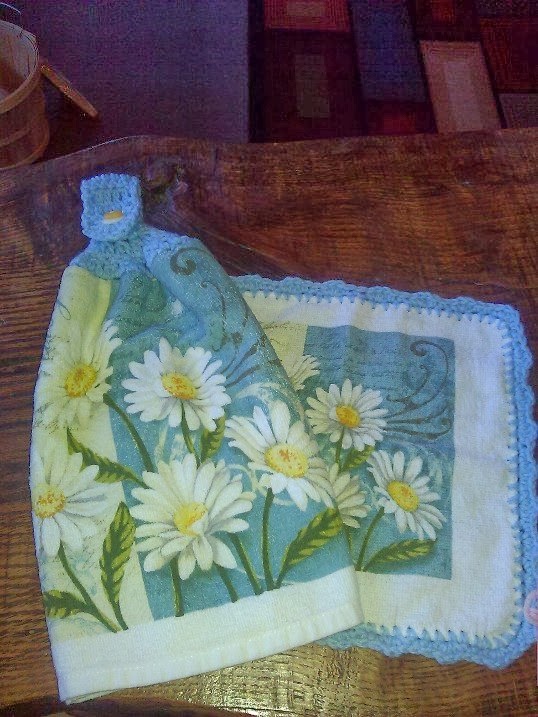 I've had the opportunity to consign some of my things in a new shop in my town. Here a couple of pictures of things I've made for Valentine's Day. 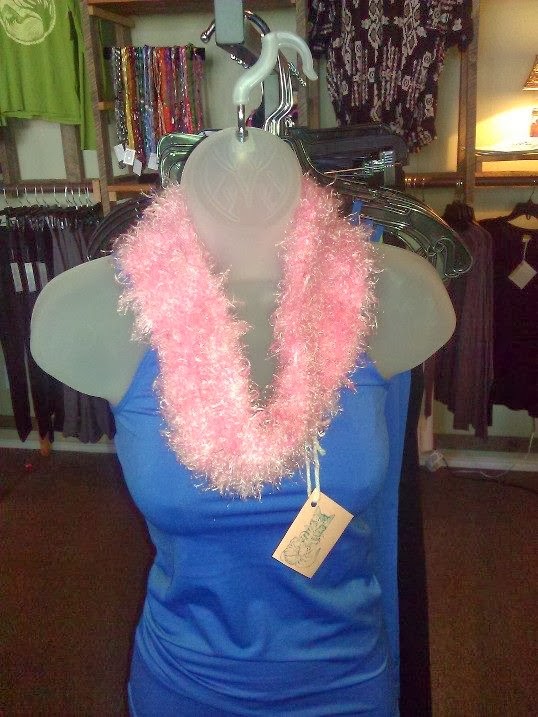 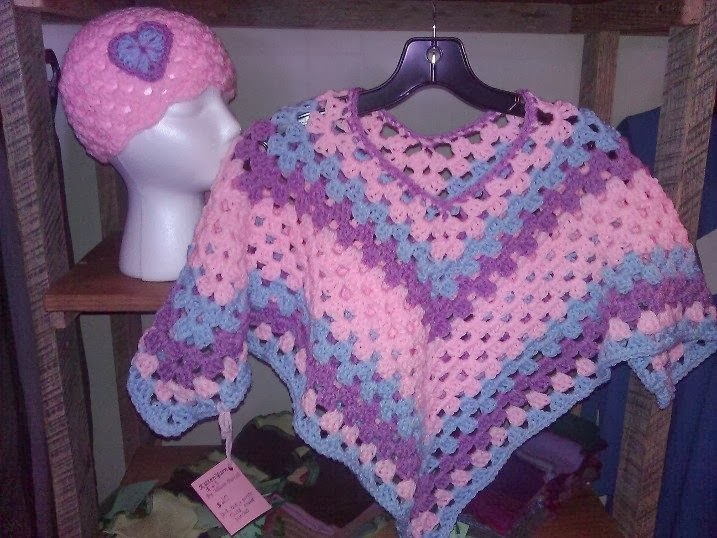 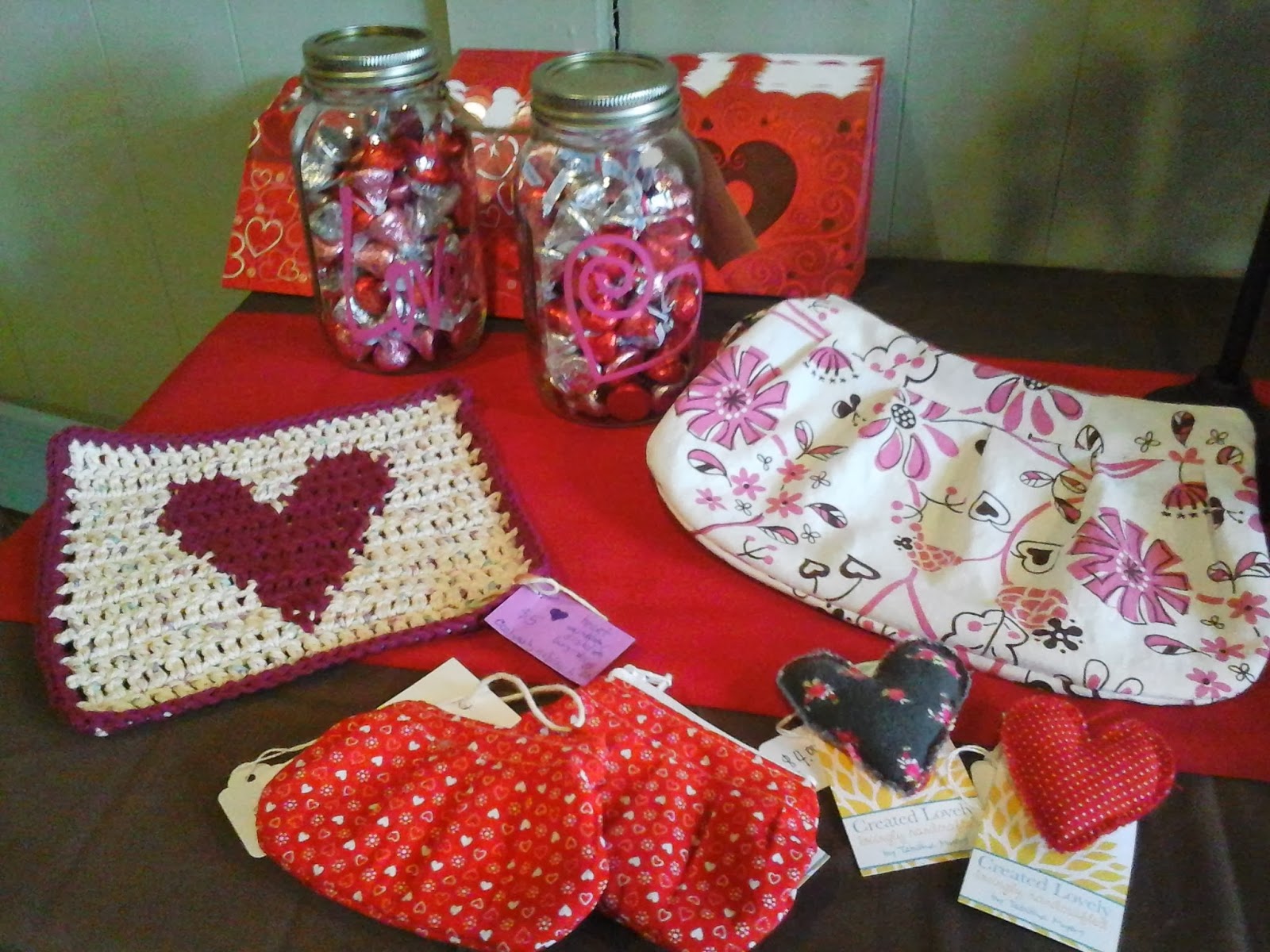 This picture also shows some pretty purses and heart clips handmade by a good friend of mine at Created Lovely. 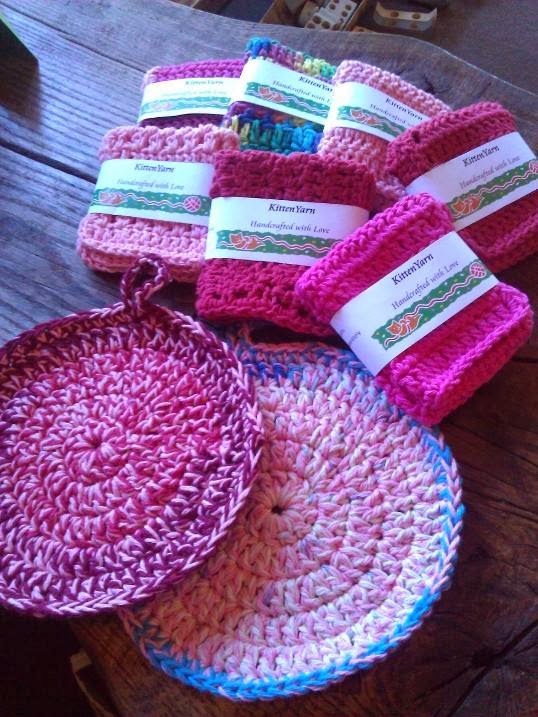 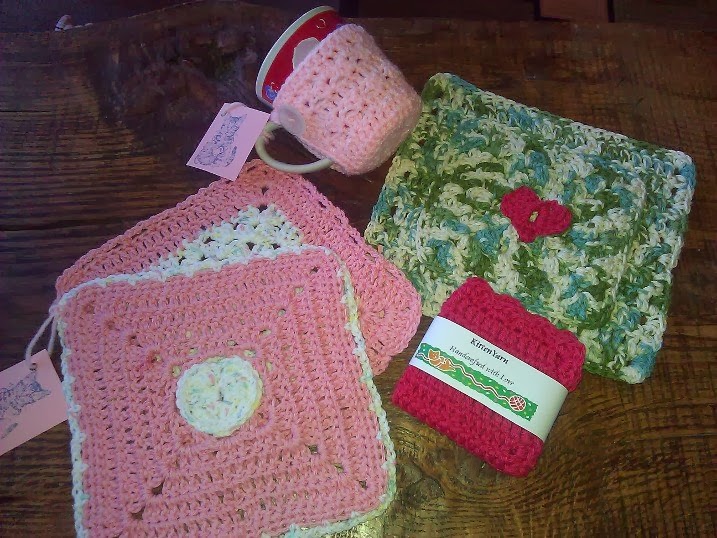 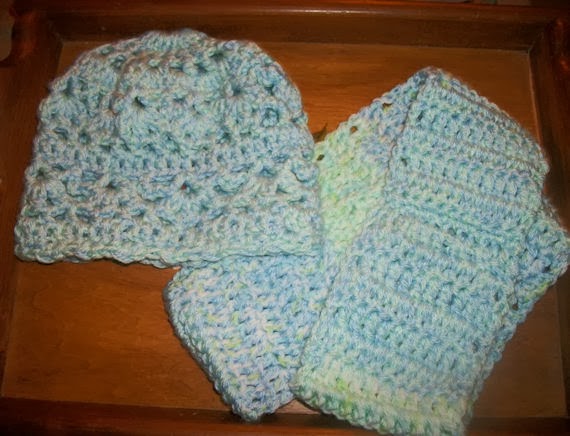 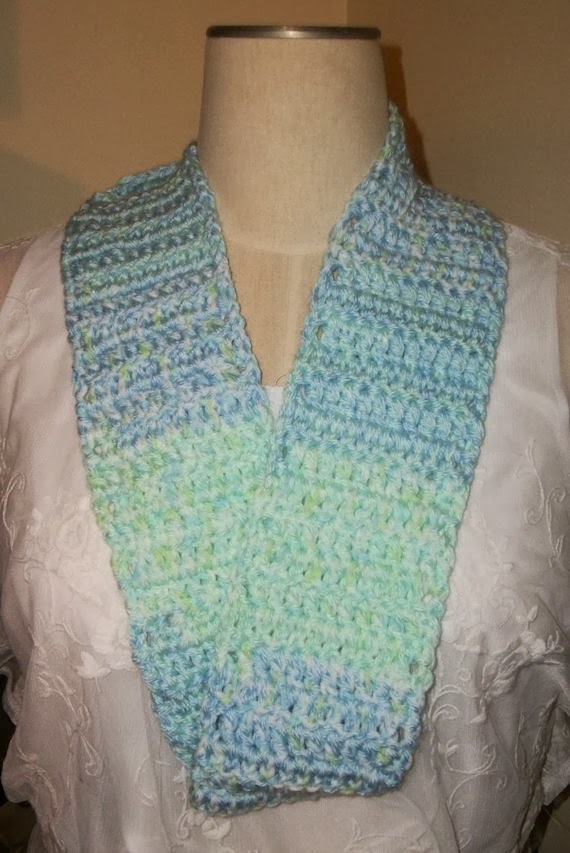 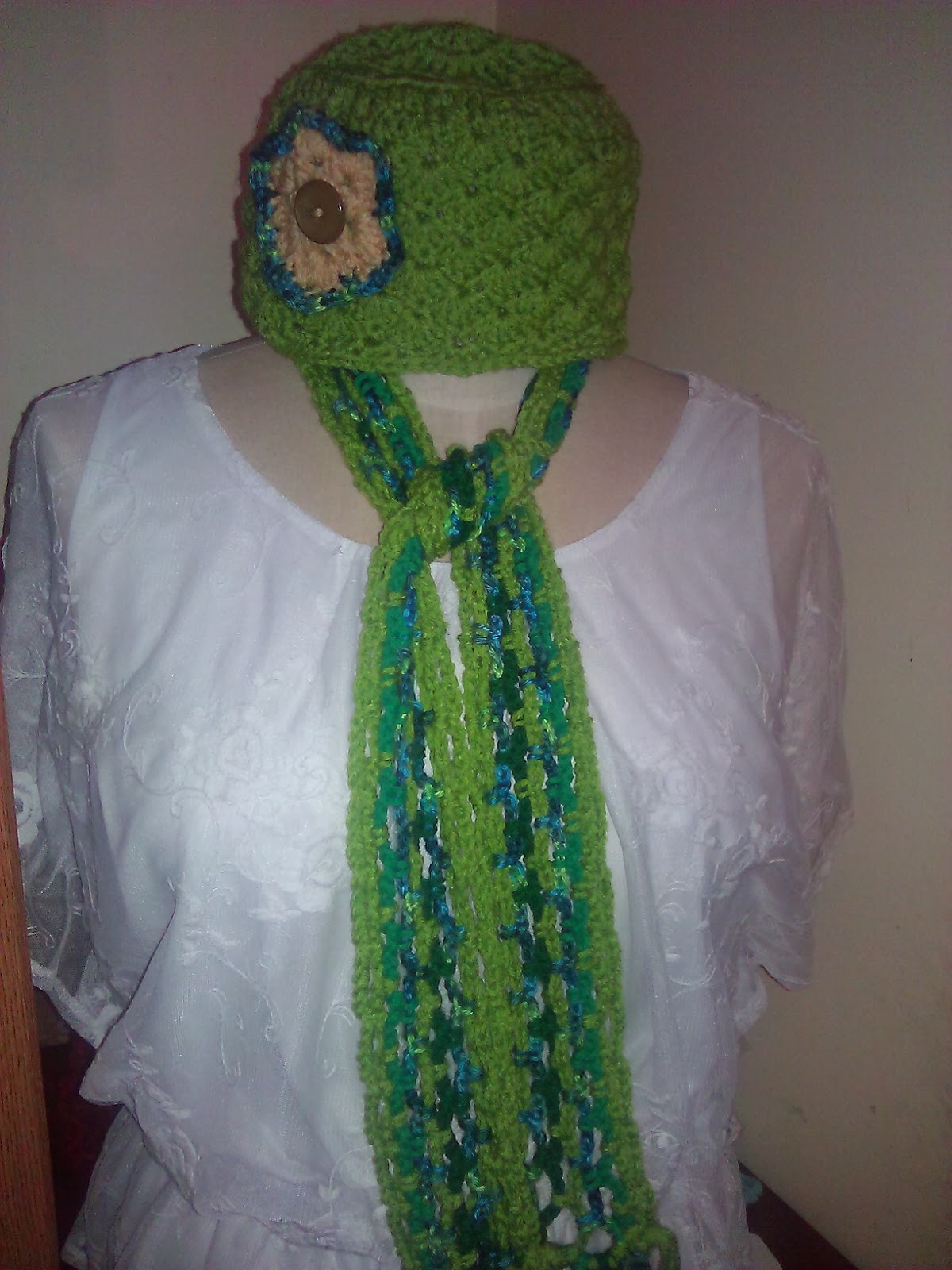 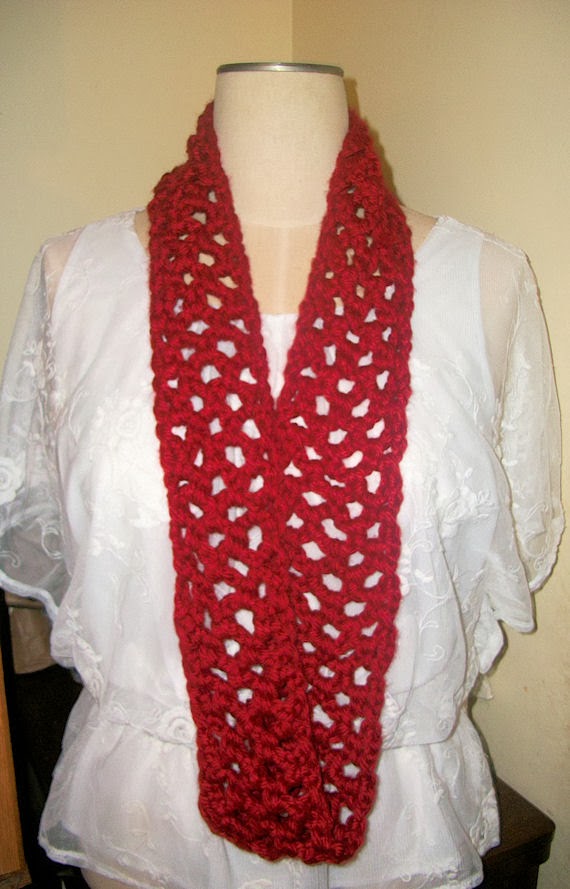 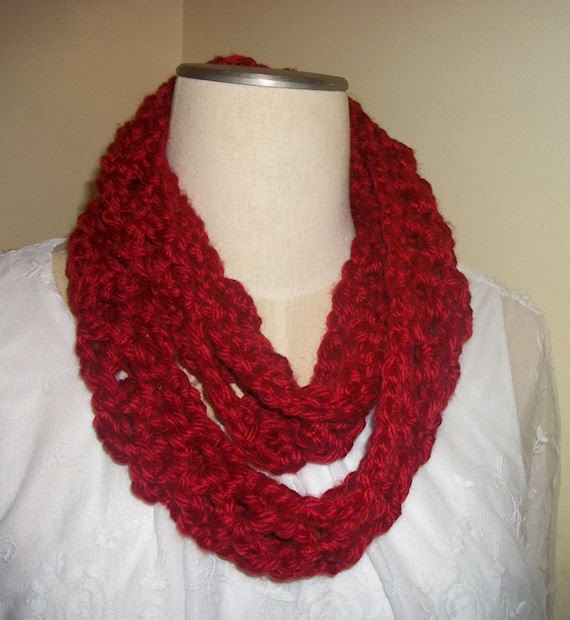 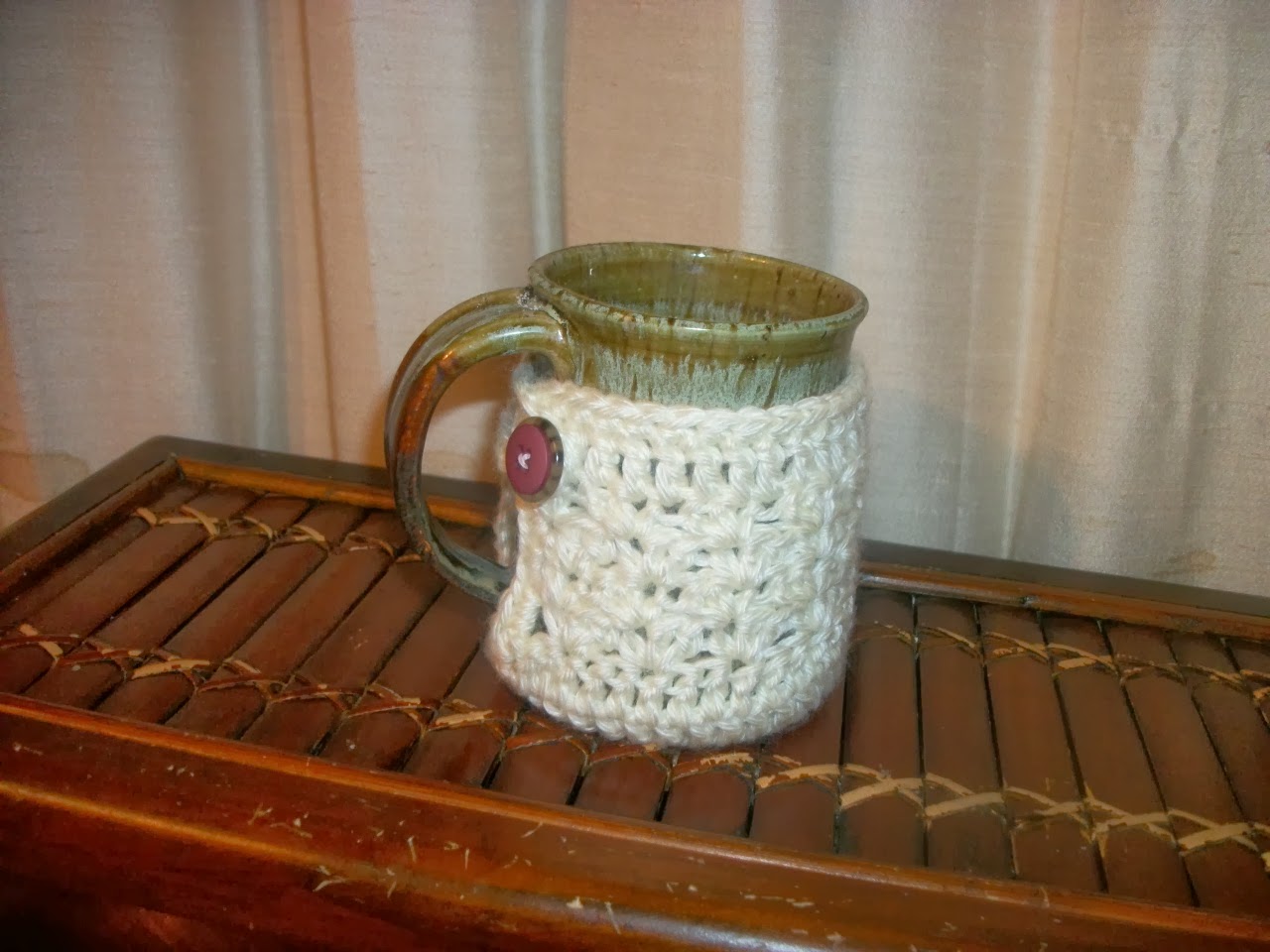 Posted by Alipurr at 9:02 AM No comments:

Starting the Year Out Right...

We've had a nice weekend off with the kids. Several of us have been sick, and Natasha was hit the worst, missing three days of school. I am so glad today is a holiday and a day off school. We need the extra day to rest and recuperate.

So......sometimes as parents, my husband and I laugh and wonder about the things we find ourselves saying. Yesterday was no exception. I found myself saying...
"Don't run with the cat!"
and
"Don't hang the cat from the ceiling in a bucket!"
and also
"Why are you tying Barbie to the iron gym?"

Because I know you are very brave, I'll go ahead and illustrate with pictures (because you know I took some).

~back story~
Talon's room used to be the girls' room. At one time, they had a frilly canopy hanging over their bed. There is still an eye hook in the ceiling near Talon's bed. Since his bed is a loft bed, we often find various stuffed animals and toys having grand adventures hanging off the eye hook (as well as the ceiling fan.)
~back story over~ 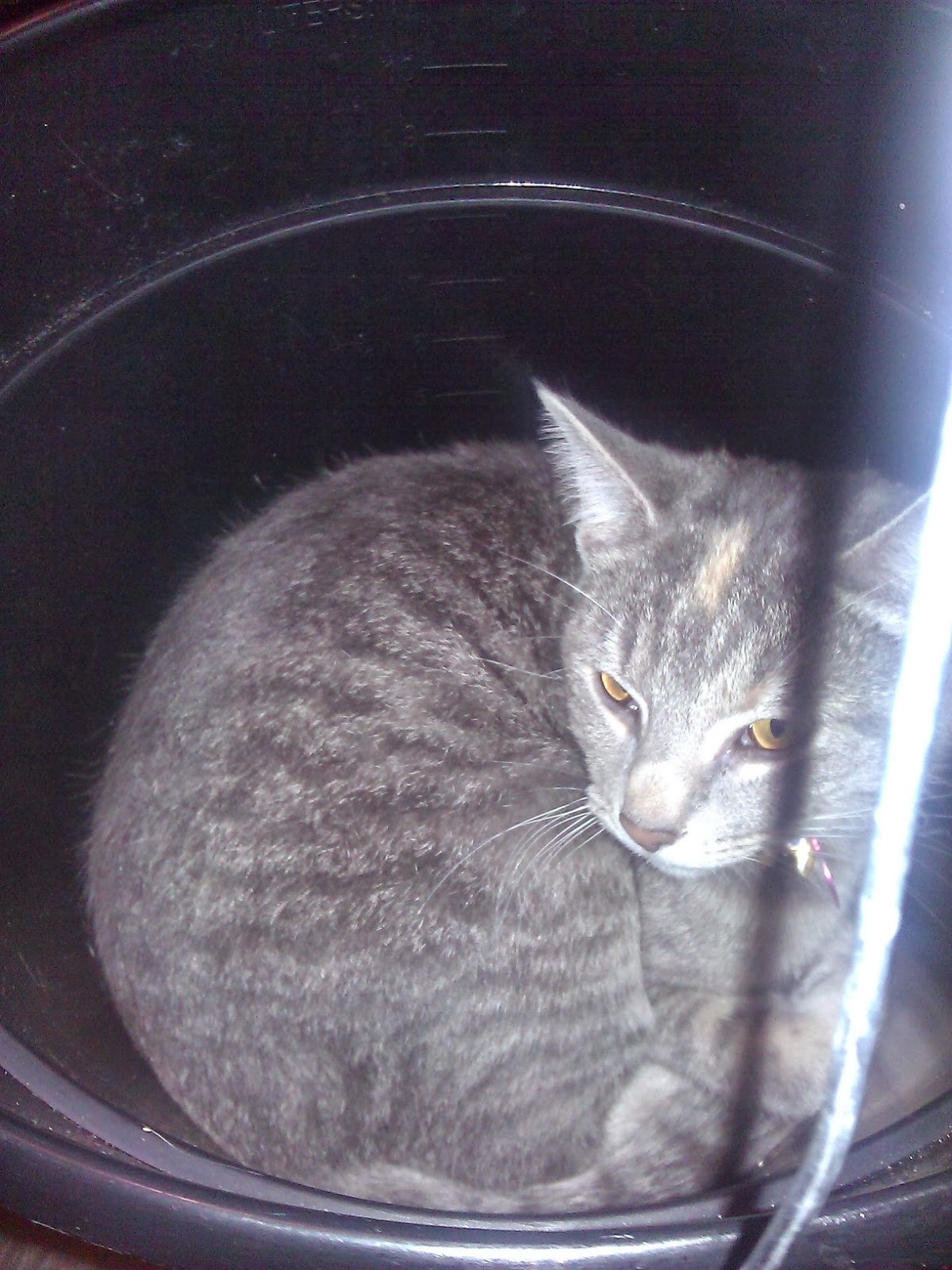 (this picture was taken when kitty, Lady Grey, aka Greyskull, was safely on the ground)

Apparently, kitty somehow jumped in the bucket, and apparently Eliana walked in just as Talon was hanging the kitten-filled bucket from the eye hook in the ceiling. Eliana rescued the bucket (and the kitty) and brought me the story and the bucket (because she is a good story teller)
Sorry, it's not a great picture. The kitty was actually quite happy in the bucket and didn't mind at all hanging from the ceiling.
~~~~~~~~~~~~~~~~~~~~~
Same kitty apparently was chewing on a Barbie. Barbie got a bandage glued onto her hand. And then.....she got tied to the iron gym to protect her from the cat. 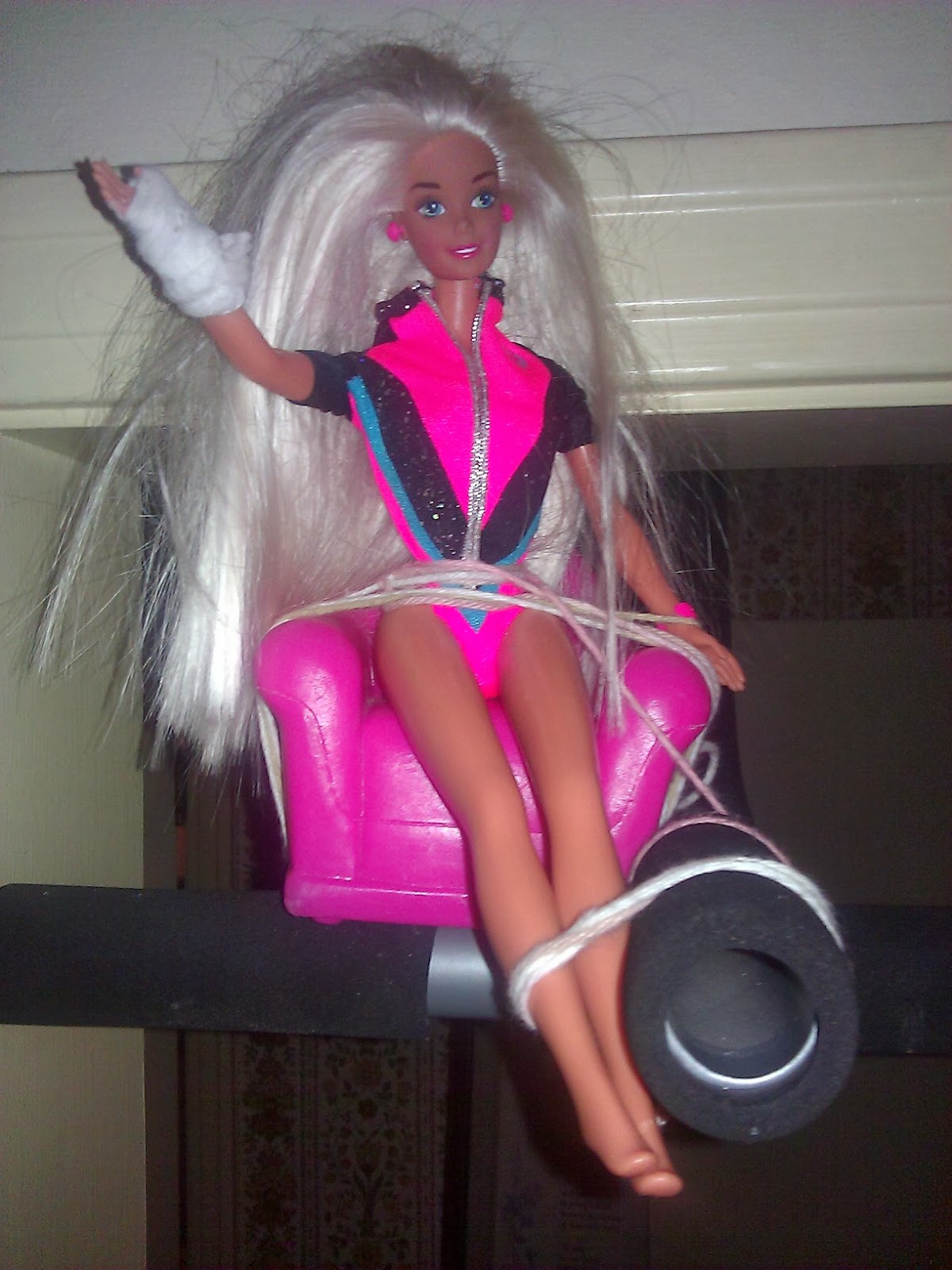 (yeah....Barbie is still there, tied to the iron gym)
~~~~~~~~~~~~~~~~~~~~~~~~~~~~~~~~~~~~~
Just wanted to throw this extra picture in there to show the neat toy I found Eliana on ebay, a little Barbie gymnastics set. It has uneven bars and a beam. The little tiny Skipper Barbie Eliana had didn't have a gymnastics leo, so Eliana painted one on with fingernail polish. This is just a glimpse of all the fun Barbies have in my house. Eliana assures me that little Skipper enjoys just hanging around on the uneven bars. 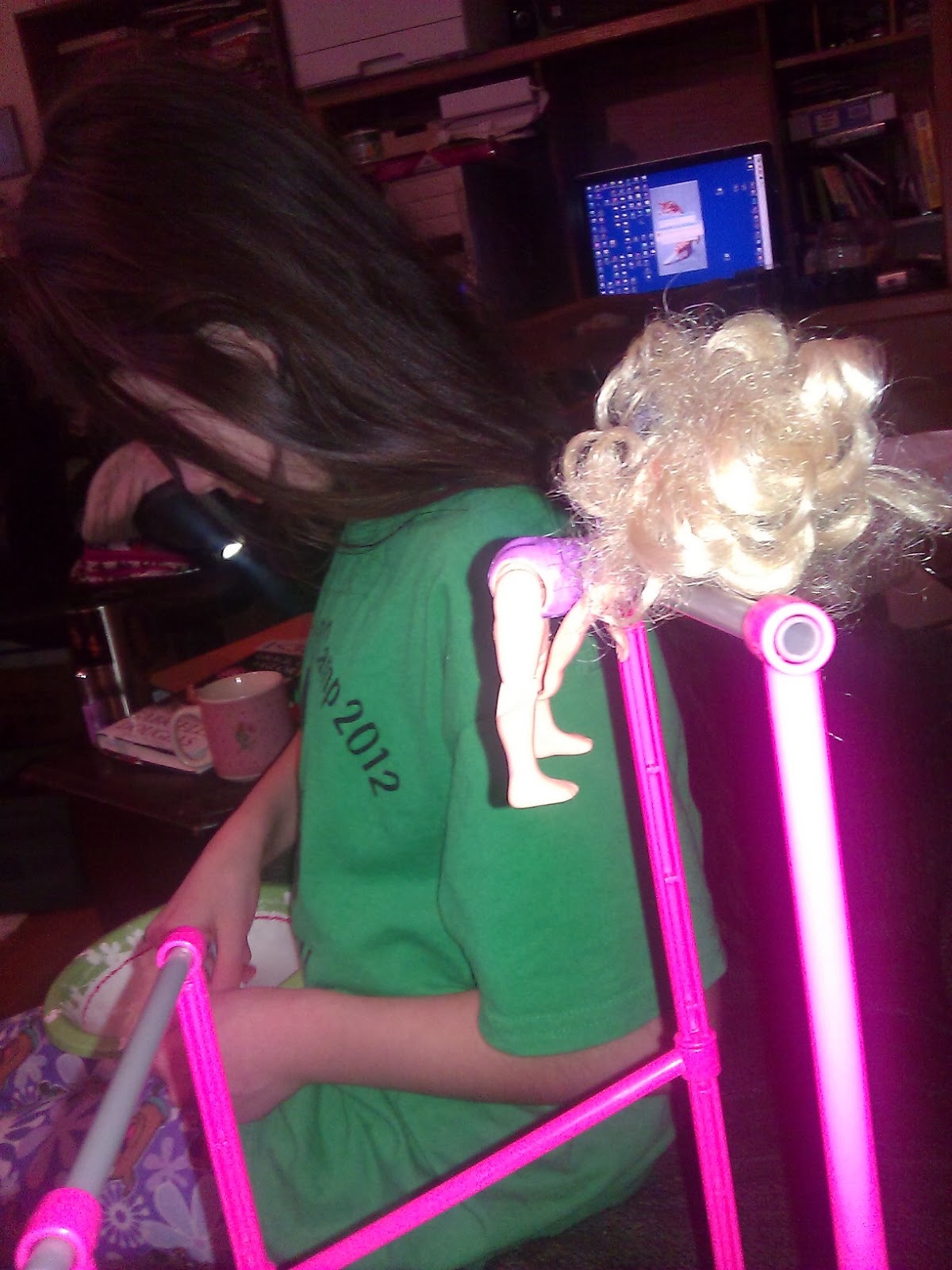 As you can see, we really know how to start the year off right over here. Hopefully, we are over the worst of all the sickness. I'm kind of still hoping for a snow day or two before winter is over, but I'm just not sure it'll happen this year.

In a couple of weeks, it'll be the 19th anniversary of the day my husband and I met for the first time. Kind of blows your mind thinking about that. I've also calculated the time, and I've been out of school now longer than I was in it (high school and college combined). I guess that means I'm really an adult now. My kids are 12, 9, and 6. 7th grade, 4th grade, and 1st grade.

Anyway, this might end up being a surprising year, considering the start we've had.
What funny things have you ever found yourself saying as a parent?? 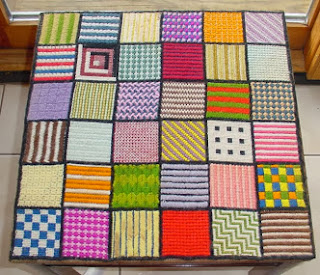 I noticed my dad shared this picture on his blog, and I just had to share it, too. This is one of the most comforting sights from my childhood. It is a needlepoint sampler that my mom made. It has always been displayed on the top of a living room endtable, topped with glass. I love the colors and the textures. I love how this shows my mom's personality and creativity. It is a treasure to me, and I always love to see this at my mom and dad's house when I visit.

My mom really is an inspiration to me. She taught herself so many beautiful handcrafts, just by reading books and trying things out. She crochets, knits, does needlepoint, and sews.

Here is a picture of the quilt my grandmother made for me. I still use it, even though it has several spots that need repair. It is well loved and filled with beautiful memories.

Leaving a legacy doesn't have to be perfect. It can have a mixture of colors and textures that don't seem to match or go together. Life is like that, too. We build tapestries and quilts with our lives, adding in good and bad memories, major life events, and lots of love. Sometimes we need to stop and repair things so they don't fall apart. I'm always thinking and considering what kind of legacy and memories I'm leaving for my children. What am I teaching them about how to live their lives and how to deal with people? Hopefully, they are realizing that their lives are full of choices. None of us will always make the right choice, and that is ok. It's ok to be easy on yourself and give yourself a break, because not everything in your life is going to line up and work out exactly as planned.

When we look back, however, we'll see a complex story, a tapestry, and a quilt full of rich colors. God can use and redeem every thing, even the things that we consider bad, hard, or tragic. I'm glad that our God knows how to create masterpieces out of each and every one of us. I am glad that I am not like you, and never will be. I want my kids to know that their lives don't have to look like mine. Their stories will be different, and their treasures and inspirations will be, too.

2014 is another new year. Things that are important to me for this year....
being a true friend
increasing the number of calm, peaceful days
enjoying my family
avoiding judgmental, critical, and controlling people
overlooking the faults of others
being kind to others and myself
doing more things together as a family
getting the kids together with grandparents and good friends more
reading more good books
enjoying more sunshine and more rain
listening for the laughter of my kids and husband and pay attention to what makes them smile

Other than that, now that it is January, I will look forward to seeing my crocuses pop up and bloom in the next month. In the spring, I love watching the flowers and trees bud and bloom.
Posted by Alipurr at 11:30 AM 2 comments: 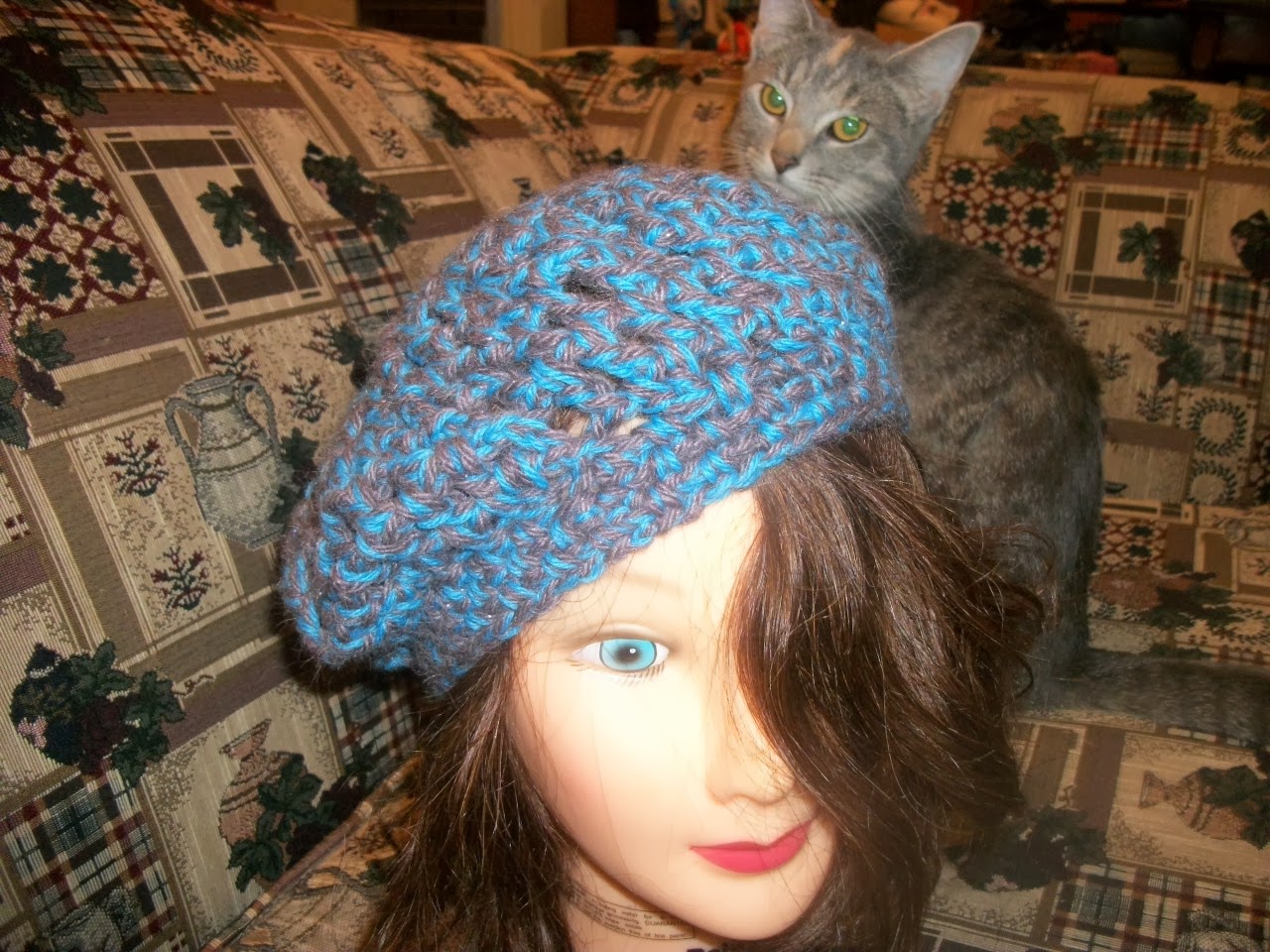 Kitty is not impressed with my new mannequin head or my new hat. 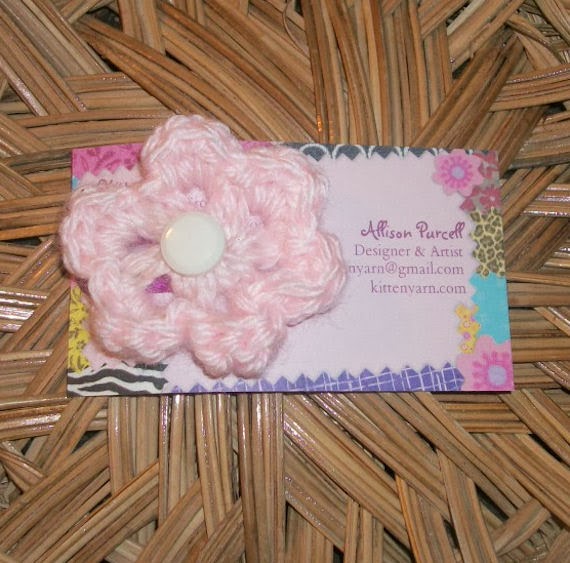 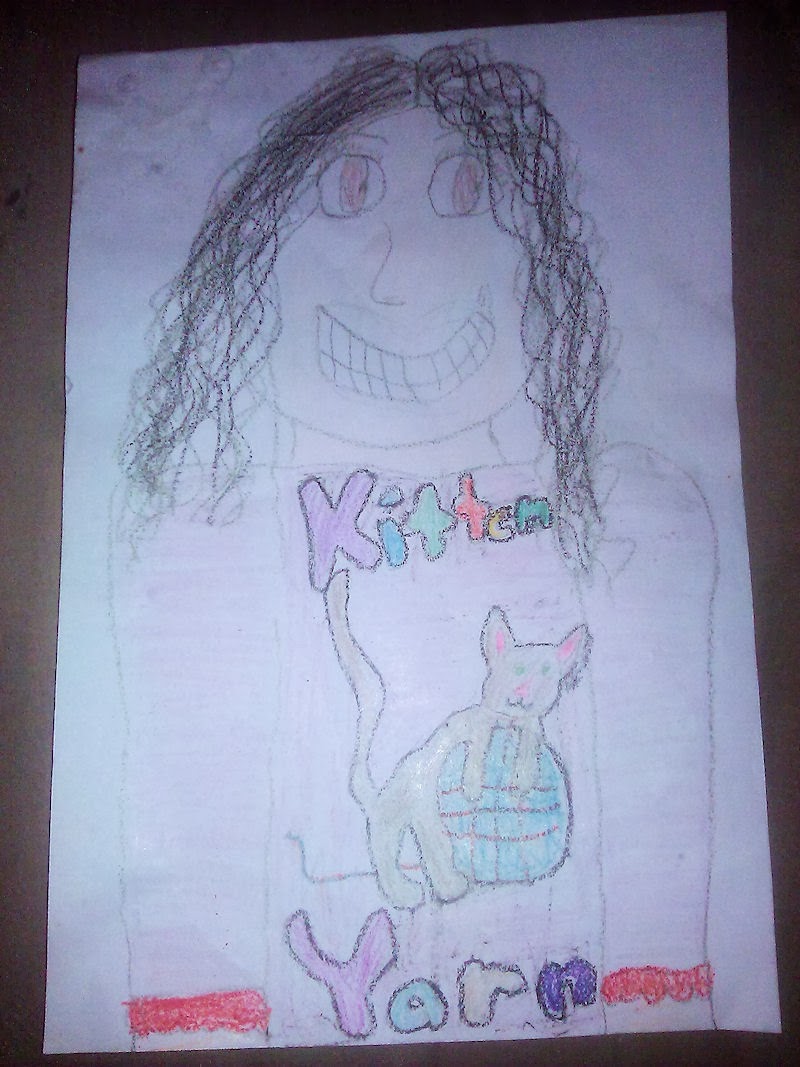 Sweet drawing my 9 yr old daughter drew for me. I like that I'm so happy and that I have crazy eyes. I must be very excited that my shirt is my favorite color pink and has a kitten and yarn on it :)

Posted by Alipurr at 9:01 PM No comments: